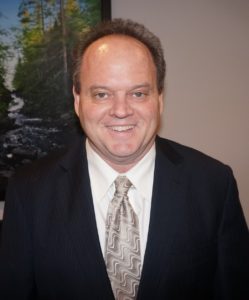 “…and will also put positive pressure on the housing market, stabilizing it and buffering it against any future downturns…

The city’s deal with Hydro One bodes well for the future of real estate in Orillia, according to an analyst and author.

“The impact will be positive overall for the city and will also put positive pressure on the housing market, stabilizing it and buffering it against any future downturns that the rest of the province may experience,” said Don Campbell, senior analyst with the Real Estate Investment Network.

He sees investments by Hydro One and Costco — creating stable jobs — as good news for the city.

“Even a $100-million investment, for a city the size of Orillia, is a major kick to its GDP, which is the whole foundation for everything else,” Campbell said.

The city announced this week it will sell Orillia Power Distribution Corporation to Hydro One at a cost of $26.35 million. Hydro One will also build an advanced technology hub in town.

The positive effects won’t be immediate, he cautioned, noting decades of research on housing market trends shows when such projects take off in small cities, rentals experience an immediate positive demand, followed slowly by an increase in property ownership.

Without critical job numbers in the equation, Campbell could not accurately estimate the long-term impact on the housing market. Still, he predicts it will follow a pattern other small cities have seen after an economic boom.

Orillia, he said, will see an increase in property demand in the next few months as early buyers rush to get in. There will be an increase in rental demand as construction-based jobs move into town. The rental market will continue to experience high pressure even as construction jobs leave and Hydro One begins hiring for its technology hub, Campbell explained.

He anticipates, depending on the supply of housing available in Orillia, new employees may initially seek places in the north end of Barrie. The demand, however, will eventually move to wherever development is taking place in Orillia, such as the west end — where Costco is being built and where Hydro One will build its facilities on 36 acres in the Horne Business Park.

“What happens is people sort of go, ‘This is a pretty cool place to live. Maybe I don’t have to commute to Vaughan or Barrie.’ And then the people start to stay around and say, ‘This is my town and no longer a bedroom community,’ and that’s what stabilizes the housing market,” he said.

If demand on the rental market is higher than the supply of suitable properties, higher-earning Hydro One employees “will start demanding higher-quality builds,” Campbell added.

“Even though it’s a small city, a lot of them will actually have a demand for condo living. And, of course, because of the Places to Grow Act, it’s going to restrict (development) and actually force intensification. So, I believe you’ll see a revitalization of the downtown core as more millennials move into town.”

It won’t be all sunshine and roses for everybody, though, Campbell acknowledged, noting potential negatives could include a hike rate in electricity rates and long-term Orillia residents resisting change.

“People who are already living in town are going to think it’s getting too busy and they’re going to want to save their neighbourhoods from development,” he said. “(Yet) over the long term, for Orillia, this is fantastic.”

Even if hydro rates go up, the anticipated investment will help relieve pressure from property taxes because there will be revenue coming in from industry.

“I think if people would step back to the 10,000-feet level and give it a five- to 10-year window, they will see this as a positive for Orillia,” he said.